> Blog > Asbestos: The Number One Cause of Occupational Fatalities in Canada

Asbestos: The Number One Cause of Occupational Fatalities in Canada 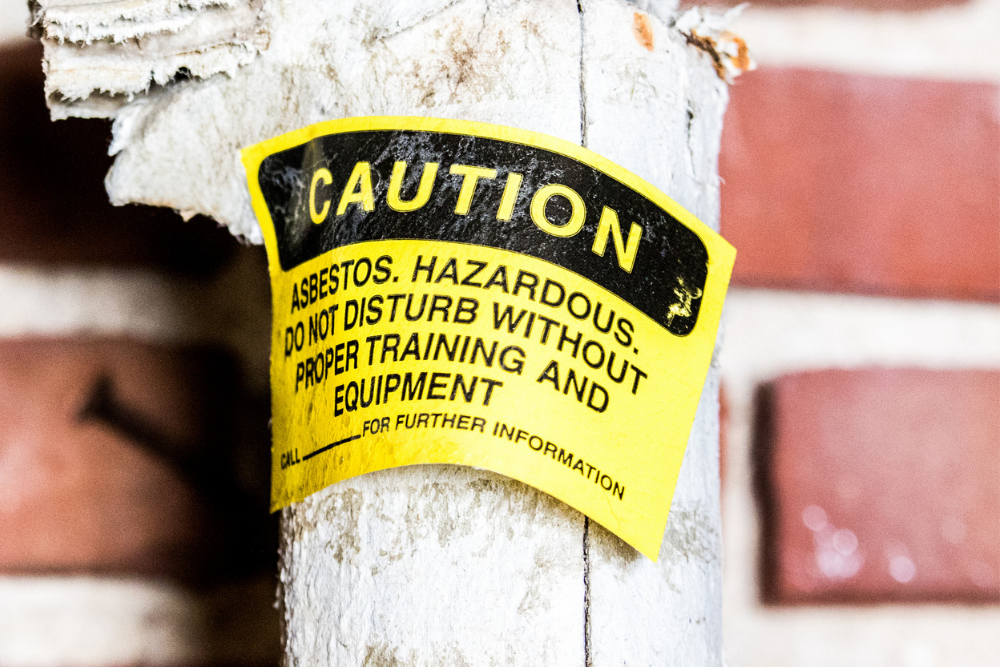 According to the most recent incidence statistics, asbestos exposure continues to be the number one cause of occupational deaths in Canada. Since 1996, the asbestos-related disease has accounted for a third of all workplace fatalities across the country.

Asbestos is a naturally occurring fibrous mineral with many diverse and desirable applications including fire-retardant coatings, concrete, bricks, fireplace cement, heat/, fire and acid-resistant gaskets, pipe insulation, ceiling insulation, fireproof drywall, flooring, roofing, lawn furniture, automobile parts, and drywall joint compound. It is made up of microscopic fibers that can be released into the atmosphere and if those fibers are inhaled it can lead to various serious and incurable lung conditions. As a result, it is now a major health and safety hazard.

The health dangers of asbestos exposure were first documented in 1899 and concerns were continually raised into the early 1900’s. However, despite the known issues and concerns, asbestos was used around the world through much of the 20th century. As a result, many modern buildings built before 1980 contain asbestos and many developing countries still support the use of asbestos as a building material.

The serious health implications were finally recognized in the 1970’s and the use of asbestos is now banned or illegal in many countries. In Canada, the production, manufacturing, and use of asbestos has been banned since 2018, however there won’t likely be a change in the illness and fatality statistics for many years to come due to the nature of asbestos exposure related diseases.

The introduction of restrictions on asbestos, regulations on the handling of asbestos and the bans on the use of asbestos will have a positive impact on the statistics but they will not go away entirely. Since asbestos can still be found in consumer goods that were made and structures that were built before it’s use was prohibited, it continues to pose a danger. There is increased risk of exposure during any construction demolition, renovation or action that disturbs the containment of the asbestos, so proper testing needs to be done before work commences and an asbestos control program (ACP) needs to be engaged.

Failing to implement an ACP, use proper personal protective equipment and/or undergo formal asbestos-handling training when working with asbestos can result in accidental or unnecessary exposure. Companies found to be in violation of the Occupational Health & Safety regulations could face significant repercussions including hefty fines and even jail time.

There is no cure for asbestosis or mesothelioma, only possible treatment to slow the progress of the disease down. From an injured workers’ perspective, these diseases are now totally preventable and their employers have an obligation to protect them.

Historically, asbestos exposure workers’ compensation claims have not had an impact on employer premiums. Due to the length of time between the date of exposure and onset of symptoms, combined with employers being unaware of the dangers of exposure or how to protect their employees, claim costs have been charged to the industry the injured worker was working in at the time of the exposure rather than a specific organization, but this may change.

As we move forward, the risks and preventative measures that need to be taken are well known, so any employer who fails to comply with established standards and regulations may be considered negligent and held accountable. With a clearer picture of how hazardous asbestos exposure is, what preventative measures can be taken to mitigate risk and the ability to track violations, workers’ compensation boards could start holding employers directly responsible for any claims and claim costs that arise.

Protecting workers from asbestos exposure is not only the law, it’s the right thing to do.

For more information on asbestos and asbestos exposure illnesses, you can check out the following links:

As always, we are available to answer your questions and/or address your concerns to the best of our ability. You can reach us directly at [email protected], [email protected], by phone at 1-844-377-9545 or you can connect with us on Facebook, Twitter, or LinkedIn.